Business: adoption of amendments to the Law on Land may cause a snowball effect in the housing market

The Lithuanian housing market is currently at record highs, with a 7.2% increase in the prices of apartments in Lithuanian cities over the past twelve months. A record jump in rental prices and the increasing prices of building materials and labour are also not making it any easier for the market. Real estate developers and industry representatives fear that another jump in prices may be caused by the draft amendment to the Law on Land, which the Seimas intends to consider after the Government’s conclusions, and which provides for the introduction of a new tax on the development of real estate projects on state land. The Mayor of Vilnius has repeatedly spoken about the possible damage of such a tax to the city’s development. It is estimated that the introduction of this new tax would make middle-class housing in Vilnius more expensive by up to 25,000 euros, and would make it more difficult to renovate derelict or industrial areas in city centres.

“Today, we have a record number of contracts concluded every month and are seeing a particularly active demand in the Lithuanian housing market, especially in the capital. Due to the record amounts of savings accumulated during the quarantine as well as rising construction prices, housing prices have increased by up to ten percent. And prices will likely continue increasing further: construction costs are rising due to the need to meet the latest energy efficiency requirements, and an infrastructure tax will soon be approved before the end of the pandemic and with the postponement of the tax reforms. In this context, the effect of amendments to the Law on Land may significantly increase housing prices even further, causing a snowball effect,” says Mindaugas Statulevičius, President of the Lithuanian Real Estate Development Association.

Under the currently considered amendments to the law, a real estate developer who is developing new projects on state land would have to pay a tax of up to 105% of the market value of the land. Which adds to the fact that state land lease taxes are paid to the state every year. The final amount of the tax would depend on the planned building density on the land plot, the area of the buildings, and the need to change the purpose of use of the land. In any case, the land plot would be transferred for long-term lease and neither the developer nor the future housing landlords would acquire ownership of the land.

According to the calculations of Citus (member of the Lithuanian Real Estate Development Association), after the adoption of the said amendments to the law, the price of middle-class housing of 50 sq. m. in Vilnius may increase by up to 25,000 euros.

“The competition for vacant land plots is particularly fierce at the moment. Most of the land plots in city centres are state-owned and would be subject to this new tax. Private land plot owners are also aware of this and are already increasing their prices twofold to match the possible increase in the prices of state land. This way we are creating a snowball effect – both state and private land is becoming more expensive, which is why housing prices are rising around the city centre and, inevitably, on the outskirts of the city, since that is how the market works. Although housing is currently very affordable, the situation may change significantly if this scenario materializes,” says M. Statulevičius.

The Mayor of Vilnius, Remigijus Šimašius, has repeatedly spoken about the development of the city and misunderstandings with the National Land Service. According to him, there are already a number of good conversion examples in Vilnius, such as the Paupys neighbourhood and Ogmios City (Ogmios miestas), where abandoned and unused areas have become an object of attraction for the locals. With the adoption of amendments to the Law on Land, such changes would become significantly more expensive, and some derelict industrial areas would remain abandoned.

Vidmantas Janulevičius, President of the Lithuanian Confederation of Industrialists, which unites major business organizations, says that the new amendments to the law will also affect the industry by hampering development and taking away the motivation to move further away from city centres.

“We see that today businesses tend to relocate to regional areas, which contributes to the recovery of the urban ecosystem and the reduction of pollution. Such relocation creates jobs in regions as well as contributes to regional development and recovery, which is particularly important now, due to decreasing investments resulting from the COVID-19 crisis, especially in areas further away from cities. The new law would slow down these changes, since as many as 80% of other purpose buildings (commercial, industrial, etc.) are standing on state land, where development will become significantly more expensive if the law is passed. That is why the introduction of a new tax requires a transitional period during which existing tenants of state land would be able to complete their projects, staying within their budgets,” says V. Janulevičius. 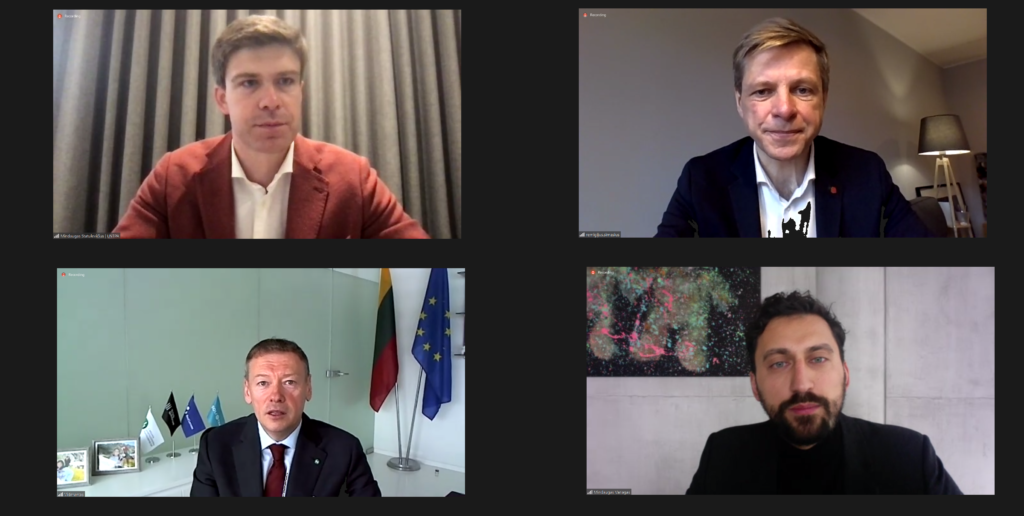 According to him, under the current unstable conditions, where it is difficult for businesses to plan their investments and business development, it is necessary to ensure stable legal and economic conditions for long-term investment projects.

The Lithuanian Real Estate Development Association and other business associations, which appealed to the new majority of the Seimas back in December, are proposing a reasonable maximum taxation of up to 50% and a transitional period of 3-5 years for the introduction of this tax to allow the market to adapt to these changes and amortize the jump in prices.

LNTPA: let’s check the temperature of the RE market

Winners of the competition “For sustainable development 2021”

Business: we have hope for a constructive dialogue with the Government on amendments to the Law on Land